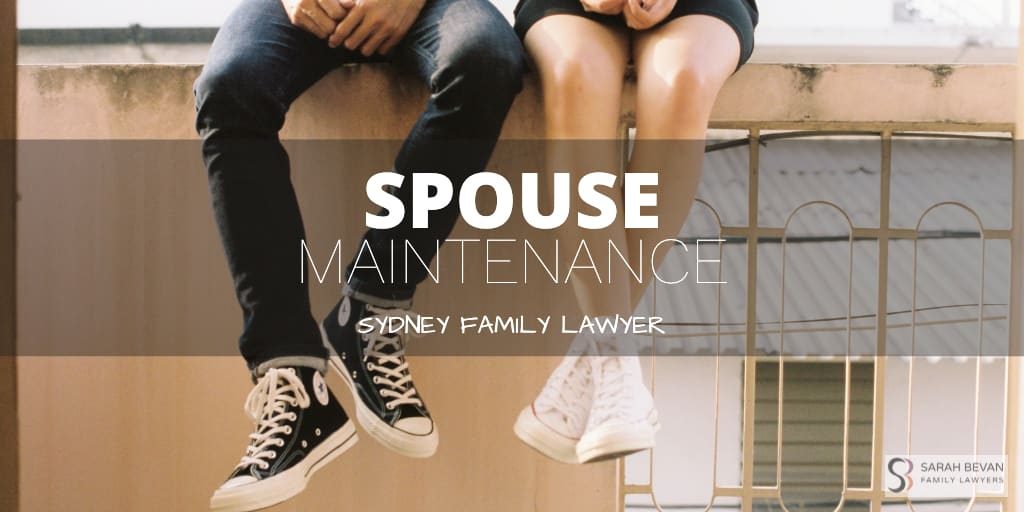 Susan came to our office after her separation with Robert, which had occurred 6 months before our initial meeting. They had been married for 15 years and had children, James, aged 12 years and Rebecca, aged 9 years. Susan, 40 years old, had worked mostly part-time throughout the marriage by assisting Robert, 42 years old, with his catering business. While working part-time, Susan also primarily cared for the children. Robert also provided some care for the children when he was not at work.

At the time of separation, Susan and Robert had limited assets including the home, which was subject to a mortgage, some superannuation and various other items such as their cars. Robert no longer had his catering business, as this had gone into liquidation. Robert remained in the home and Susan was renting a property for herself and the children at $1,200 a week. Robert was working full time for another business but was not paying child support. Robert was paying child support to Susan based on his current employment income, but as his income was significantly lower than he had earned when his own business was running profitably, that child support amount was limited.

Robert had agreed to pay half of Susan’s rent each week when they separated. But when she saw us, he had ceased paying. As a result, Susan had told Robert that she intended to relocate to a more affordable area and subsequently change the children’s schools and current parenting arrangements. At this time, Robert was spending time with the children 5 nights each fortnight and part of this time included taking the children to, and picking them up from school. He, therefore, disagreed with Susan’s intention to relocate, sought advice from a lawyer and offered her a further 4 weeks of financial support to assist Susan to remain at her current location with the children. Susan was concerned with this proposal as she knew a further 4 weeks of payments from Robert were not going to be enough to sustain her living arrangements. Accordingly, Susan came to our office to seek advice.

We advised Susan that the payments made by Robert could be considered as spouse maintenance. We explained that a party to a marriage is liable to maintain the other party, to the extent that they are reasonably able to do so if that other party was unable to support themselves adequately due to factors as outlined under Section 72 of the Family Law Act 1975 (Cth). Such factors include having the care of a child/ren under 18 years old, being of an age or having a physical or mental incapacity to gain employment and/or for any other adequate reason. Although Susan had no incapacity to work and was working part-time, she was advised that she may be entitled to spouse maintenance as she had the primary care of the children. Susan was concerned that even if she could increase her working hours, it was likely she would still be struggling to afford her rent and living expenses in her current location. She also could not afford before and after school care, did not have any family support near her location to assist her with caring for the children. She was therefore hopeful that similar to child support, spouse maintenance could be paid to her until the children are 18 years old. However, we advised Susan that spouse maintenance is not usually paid on an indefinite basis unless this was agreed to by both parties and formalised by way of a post-separation Binding Financial Agreement or Consent Orders between the parties.

As a result, Susan formed the view that she had no choice but to relocate, and initially intended to relocate to her parent’s home where she was offered rent-free accommodation. This was one hour’s drive from Robert’s home and about the same from the children’s school which meant they would need to change schools.  Susan was in a difficult position because if she moved without Robert’s consent, he might make an application seeking to have the children returned on an urgent basis. But she was simply unable to afford living where she was. In order to avoid the trauma, cost and likely delay of Court proceedings, we suggested that the parties engage in mediation with an experienced mediator. Susan was concerned about attending mediation with Robert as she felt he was controlling and would talk over her, however, we explained how mediation worked and that lawyer assisted mediation would also likely help her feel more comfortable. Fortunately, Robert agreed and they attended mediation with both lawyers. Mediation gave both Susan and Robert the opportunity to fully consider the situation from the other person’s perspective. Susan was able to understand that Robert just could not afford additional spouse maintenance above his current commitments (including child support), and Robert came to understand Susan’s predicament. Robert agreed to allow Susan to relocate and they agreed on new parenting arrangements which included Robert having additional holiday time with the children but less time on a fortnightly basis because of the distance between them.

Despite the above case, it should not be assumed that similar facts will result in the same outcome. Our team at Sarah Bevan Family Lawyers are happy to discuss your situation with you and let you know realistically what you may be able to achieve.

Talk to our expert Family Lawyers today 02 9633 1088 we have office in Surry Hills, Crows Nest & Parramatta