Separation and Divorce Due To Mental Health – Approximately one in five adult Australians will experience a mental illness in any year.

The most common of these are depression, anxiety and substance abuse disorder. It is also possible and not uncommon for these to occur at the same time.

Commonly anxiety may lead to depression and a person may abuse alcohol or other drugs in order to self medicate. This may also lead to a vicious cycle of one mental illness causing another which then causes the illness to become worse and lead to another illness.

Nearly half of the Australian population will experience a mental illness during their lifetime.

Separation is not only a relationship status but also a legally recognized status of two people with particular legal consequences.

In family law, separation is defined as the bringing to an end of a marriage or de facto relationship. It is possible for two people to have separated yet remain in the same residence. 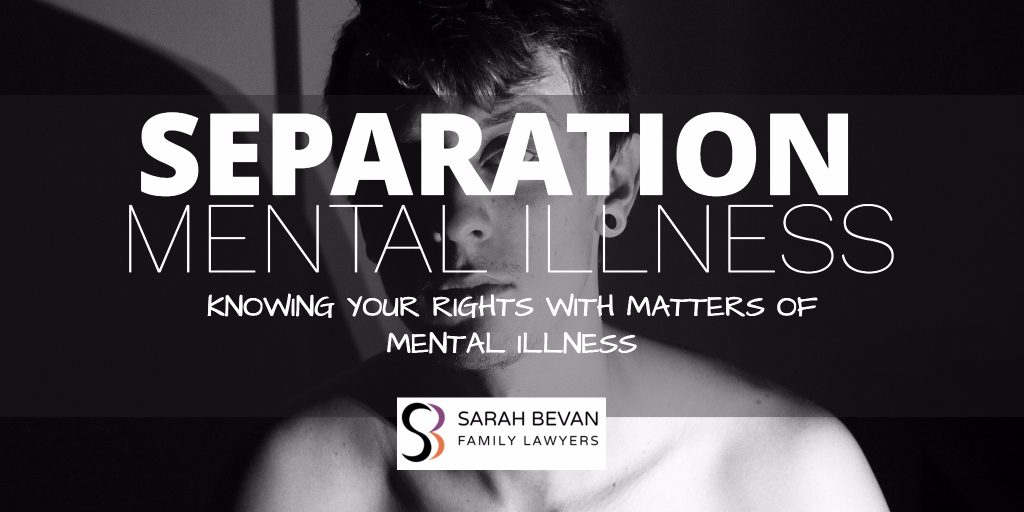 How do I prove we have separated?

To prove in court that a separation has occurred for the purpose of a divorce, the court will necessarily consider a number of factors. These may include whether the parties slept in the same or separate rooms following the date the separation is alleged to have occurred; whether financial affairs were separated; whether any documents were signed or lodged which provide that the person doing so was single or in a relationship; the level of intimacy after the relevant date; whether the separation was known to have occurred by family or friends.

Where a married couple has separated and is now contemplating divorce, this process may be processed in the Federal Circuit and Family Court of Australia (FCFCOA).

Do I have to say the reason we are divorcing?

Divorce in Australia does not require any fault on the part of any party. This means it is not necessary to prove that the person you are married to has done something wrong which has caused the breakdown of the relationship and marriage. 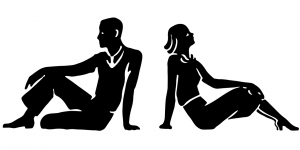 In relation to a divorce application only, a mental health condition is not strictly relevant. If the person you are married to has a mental illness, this does not need to be shown to the court in order for a divorce to proceed.

The best interests of the children

Courts are very concerned where there are children of the marriage. It is the protection of the child(ren)’s best interests that is the court’s primary concern. However, a person who has been diagnosed with a mental health condition does not automatically mean the court will decide they are not capable of being a responsible parent. It is possible however for a court to decide that a person’s mental illness affects their ability to care for their child(ren) and as a result determine the parenting arrangements in light of this.

Where one party to the separation or divorce has a mental illness, this may be relevant to the division of property for a variety of reasons, but the most common is whether their income-earning ability is affected because of this, an adjustment could be made in that party’s favour.

Sarah Bevan Family Lawyers comprises a team of experienced specialist Australian Family Lawyers who provide an extensive range of high-quality legal services within the area of family law including domestic and international family and divorce law.

For further information please contact our offices on (02) 9633 1088. We have offices conveniently located in Sydney, Surry Hills, Crows Nest & Parramatta or email us at mail@sbfamilylawyers.com.au.