What do you do when your son and daughter want to stay with a different parent?

Adrian and Tori had recently separated when Tori came to see us.  They had 2 children, an 11-year-old girl and a 14-year-old boy.

The separation was not amicable and hostilities were high, following a drawn-out period where Adrian and Tori had been at loggerheads.

Both children had been extensively exposed to their parents’ conflict and had become embroiled in it themselves, to the extent that both children had aligned themselves with one parent each – the girl with her mother, Tori and the boy with his father, Adrian.

When Adrian and Tori physically separated, the daughter remained with Tori and the son with Adrian. Tori explained that the siblings had a good relationship with each other, but there was a constant tension as a result of their differing alignments.

Very soon after separation, Adrian filed an application on an urgent basis in the Federal Circuit Court seeking the recovery of the 11-year-old girl to his care.

When she first consulted with us, Tori expressed concern about being involved in Court proceedings and the impact this would have on her and the children. She was also particularly concerned that as Adrian, who worked as a banker, earned almost three times the amount she did working as a physiotherapist, he would be able to “keep on fighting” when she did not have the financial resources to keep on going.

It was clear at the outset that Tori was struggling emotionally, which was unsurprising given the circumstances of the marriage breakdown.

As lawyers, we often comment that we are not counsellors as we are not trained to provide that very important service. However, our experience enables us to often recognise the signs of when people are struggling.  If a person consults with us as their first port of call following a difficult separation, it can often be a relief to acknowledge their emotional difficulties out loud to someone else. This was one of those situations, and we provided Tori with the names of a couple of counsellors.  She immediately engaged with one of them, which she explained help her make a bit of sense of her situation, and that in turn undoubtedly helped her in the legal process when having to make decisions about a way forward.

The initial part of the legal process for Tori was to address the recovery application about her daughter that Adrian had filed.  If that application was successful, it would mean that her daughter would live with Adrian.

Unfortunately, the children did not take well to this arrangement, as they were still very much aligned with the parent with whom they had been living.  After a few weeks, the matter came to a head when the 14-year-old boy ran away from Tori during her care period, and subsequently, the 11-year-old girl refused to go to Adrian’s home the next week.  The result being the family found themselves in the same situation as prior to the commencement of proceedings, meaning also that the siblings were not spending any time together.

By this stage, the family had just started family therapy which they had agreed to earlier in the proceedings.  But delays in getting mental health plans and waiting for appointments meant that there was some delay before family therapy started.  The initial couple of sessions helped give both parents some clarity on the children’s position and to find a way forward.  The next Court listing was the week following the son running away.  At that listing, Adrian and Tori negotiated an arrangement which involved the children spending alternate weekends with the parent with whom they did not live so that the children spent each weekend with each other but during the week lived with the parent with whom they were closely aligned.

The Court ordered a Family Report, prepared by a family consultant.

Rather than waiting for a family consultant from the Court being available, we negotiated for Adrian to fund a private report given that it could be done much quicker.  That report resulted in a rare situation where it was recommended that the siblings were indeed separated on a final basis.  Whilst this appeared unusual this was the arrangement that was in the best interests of the children.  The 14-year-old boy had a significant attachment to his father and was also expressing strong views about not wanting to reside with Wife B.  The 11-year-old girl, whilst younger and showing some concern about being separated from her brother expressed an equally strong view about living with Wife B.  The recommendation was for the existing arrangement of alternate weekends with each parent continue.  This was a case where the circumstances were special and the separation of the siblings was in their best interests.  It was considered that the bond that the children shared as siblings could be maintained by the weekend contact that they spent together.

Following receipt of the report, we organised mediation and prepared Tori for the mediation.  Adrian also had the benefit of thorough legal advice and both had continued to engage in family therapy.  At mediation, the parties were able to discuss the issues and address some of their respective underlying concerns.

It had been a very difficult and tumultuous path for both of them, and both children, to this point.

But by this stage, both had been able, with the benefit of the various professionals (lawyers, family therapist, counsellors and the Family Consultant) had been able to find a way out of the vicious cycle they had been in, of basically being at war with each other.

Their relationship continued to be far from ideal, but they discussed various methods of addressing any issues as they arose in the future, plus dealt with a range of issues specific to them such as Christmas and summer holiday arrangements, the son’s demanding sporting commitments and a schooling decision for the daughter.  Following mediation, we were able to draw up a comprehensive agreement between Adrian and Tori.

Given the difficulties in their relationship and the unusual circumstances for the children, this was a situation where Adrian and Tori felt they needed a comprehensive arrangement. That arrangement was drafted as consent orders, which was then submitted to Court and made into Orders of the Court, which had the same force and effect as if they had gone to a full contested hearing.

The role of a family lawyer in this circumstance was so important to the wife and the children, with the ultimate goal of acting in the best interests of the children.  If you can relate to this situation,  contact our family lawyers now. 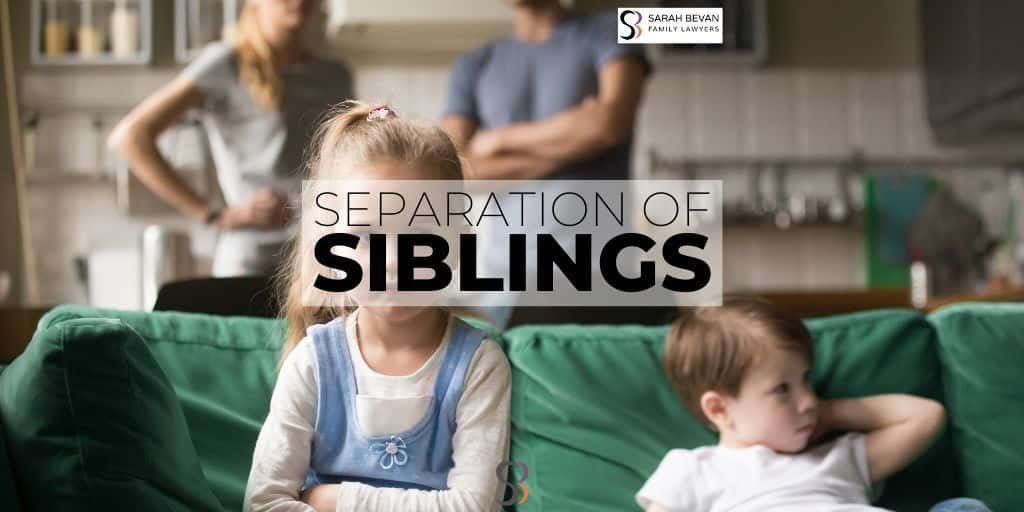