What is Parental Alienation?

What is Parental Alienation?

Parental Alienation is a controversial concept that refers to situations in which one parent is alleged to have manipulated the child’s emotions and allegiances to the extent that they reject the other parent without reason.

Parental Alienation Syndrome (PAS) was first conceptualised in the United States by the late child psychiatrist Richard Gardner.  The core of his theory focuses on the alienated parent and posits that a child who evinces PAS has been brainwashed by one parent.

Dr Gardener mainly applies his theory to allegations of abuse/sexual abuse against the alienated parent.

He first stated that PAS was present in approximately ninety per cent of the children whose families were involved in custody litigation but provided no research finding to substantiate his assertions about the syndrome.

Flaws in PAS as asserted by Gardner have the practical effect of impugning all abuse allegations, allegations which Gardner asserts are usually false in the divorce context, here too Gardner cites no evidence in support of his personal view and the relevant literature supports the contrary – that such allegations are usually well-founded.  PAS also shifts attention away from the perhaps dangerous behaviour of the parent seeking custody to that of the custodial parent.

How is Parental Alienation Considered in the Courts?

Due to the ambiguous nature of Parental Alienation, there is no single way that court cases would be affected by the claim of parental alienation, due to family law requiring the courts to determine and make judgements that are in the best interests of the child/children.  The assessment and consideration of parental alienation thus vary on a case by case basis.

In Irish & Michelle [2009] FamCA 66, Benjamin J found that the child’s “relationship with her father [was] being damaged.” He put forth many reasons for concluding this but asserted that the mother’s behaviours, her reaction to the marriage breakdown, her family, and their encouragement of negativity by the children to their father, were major contributors.

His Honour found that it was unclear whether her behaviour was intentional or otherwise, but the evidence clearly demonstrated the mother’s lack of ability to act in ‘good faith,’ and that the mother was incapable of repairing the damage caused.  His Honour ordered equal shared parental responsibility, but that the children live with the father and spend holiday time with the mother, the parties living in Tasmania and Victoria respectively.

Although the judgments of these two cases are vastly different and may seem unjust, upon closer examination of the facts of the cases it can be found that these determinations were made in the best interest of the children.

In Wang, a critical contributor to his Honour’s finding was section 60CC of the Family Law Act 1975, which outlines the focus on the wishes of the children.  The court found the children to be “articulate, forthright and self-assured adolescents.” In that context, the fact that the children were threatening to harm themselves if they were made to spend time with the father would have had a major impact on the decisions of the court and the assessment of the family report writers that examined the children.  The court concluded that imposing a “solution” on the children without deference to their views would at least compromise their development and, possibly, cause the threat of self-harm to become a reality.

In Irish, while section 60CC was paramount to the decision of the court, the assessment of the children’s wishes provided a different conclusion.  Although the children were intelligent, it was believed that the expression of their views was too “mature” and their opposition to spending time with the father seemed “orchestrated.”  Consequently, the court concluded that if “things continue this way, these children are going to learn that nobody can persuade them to do anything that they choose not to do.  All they have to do is refuse to listen and to chant whatever it is they want.”  The court’s further opinion was that the children needed professional psychological help, such help only available in the predominant care of the father.

Both of these cases highlight the elements that the courts take into consideration, the importance of determining the best interests of the child/children and the impact it has on the assessment and outcomes of parenting cases.

Sarah Bevan and her team can help you through this difficult time.  If there have been allegations of parental alienation from either party, it is imperative that you speak to one of our family lawyers as early as you can.  Contact us now. 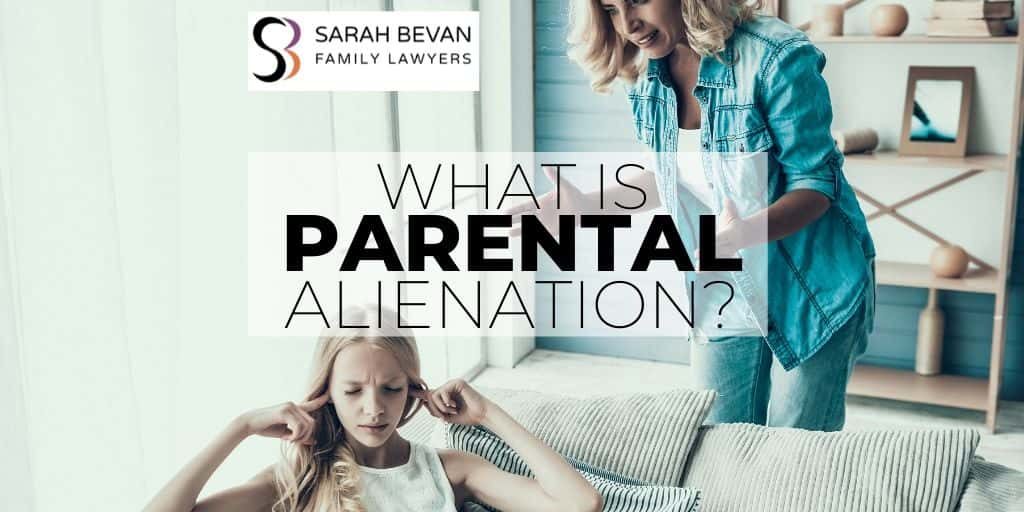