A common misconception in family law matters is that the legislation covers only married couples, de facto spouses and parents of children.  Under the Family Law Act 1975, there is provision for third parties to join or be joined to the proceeding. This article looks at some examples of when 3rd parties can get involved in family law matters.

In parenting matters, disputes over children generally arise between the parents of children.  If the dispute cannot be resolved either privately or through alternative dispute resolution, then parents of the children are able to apply to Federal Circuit Court of Australia or Family Court of Australia to have their matter judicially determined.

It should be noted however that the Family Law Act 1975 specifically states that any person concerned with the “care, welfare and development of the child” may apply for a parenting order under section 65C of the Family Law Act 1975.  The Act also makes specific reference to grandparents.  It is reasonably common for disputes about children to include other relatives of the child such as grandparents, siblings, aunts or uncles. Disputes also arise between parents and step-parents who do not have a biological connection to a child but have otherwise significant involvement in the care of the child.

A third party can seek a range of orders including Orders for time, for communication and in some cases the allocation of parental responsibility. The Court has discretion in making orders, but such orders must always be based upon what is in the best interest of the child. It is not uncommon for the Court to make orders for children to live with a grandparent, step-parent or relative in certain circumstances.

Sometimes third parties are involved in Court orders in a less direct manner. This may include a provision for a third party to supervise a parent’s time or assist with changeover. In those circumstances, the third party may not necessarily need to be added as a party to the proceedings, as an affidavit or undertaking by that person may suffice. What will be required depends on the circumstances of the case and the situation.

Common types of Applications involving third parties include applications seeking to bind companies or trusts associated with one of the parties, applications for injunctions and applications for security for costs. Certain government agencies such as the ATO and Centrelink may also be joined as a party, particularly in cases where there has been significant tax default.

Third parties can be joined to proceedings by an Application of one of the parties to a case (or by simply adding them to Court documents, depending on which Court the case is listed before), by the Court, or by an application of the third party themselves. A “third party” is not limited to an individual but can include any companies, corporate trustees and government departments.

The joining of third parties to a family law case inevitably involves an increase in costs, for both of the original parties plus the joined third party. This is an important consideration in determining whether you should seek to join a third party.

The timing of joining a third party is crucial. If left too late, the failure to join the third party could be highly detrimental to a party’s case and/or may cause significant delay which could have been avoided. If done too early, before all relevant information was to hand, it may turn out that the joining was unnecessary. The party who sought the joining may then face a costs application against them.

Third-party interests are a complex area in family law and it is essential that you obtain specialist advice about this.  We at Sarah Bevan Family Lawyers have the knowledge to advise you as to the validity of your claim and thereafter assist you in your application where applicable. 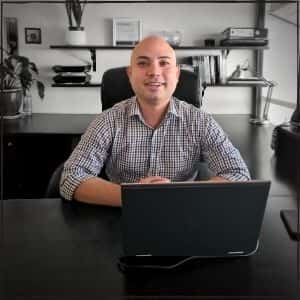