International property settlement – Ali and Nafessa were married for 5 years. There were no children of the relationship. They both owned a number of assets in Australia but no assets overseas.  When they separated Nafessa decided to relocate back to Malaysia and sought that they both settle their property matters and obtain a divorce pursuant to the Malaysian sharia law system. Ali opposed this and was concerned by the lack of transparency in the sharia law system and sought our assistance.

Sharia law is essentially a moral, legal and religious code followed by Muslims. It contains an overarching principle of justice based on Muslim beliefs contained in the Koran. The concepts of justice expressed in Sharia law are in some circumstances inconsistent with Australian family law principles and there are issues with the enforceability of Sharia law in the Australian Family Law Courts. 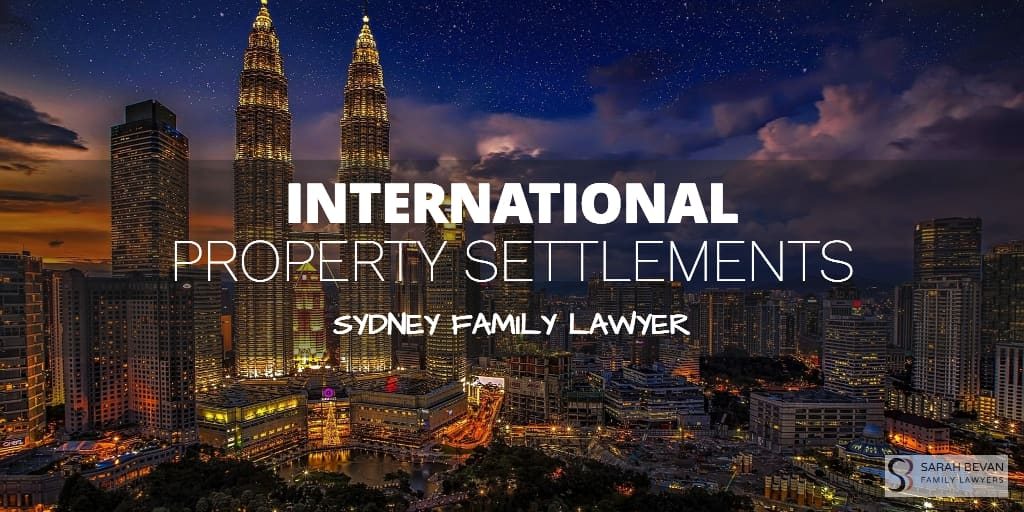 We advised Ali that the most appropriate jurisdiction to deal with the property matters was in Australia, in the Federal Circuit Court or Family Court of Australia, given that all of the assets were located in Australia. Ali agreed with our advice and remained strong in his position that the matter should be resolved pursuant to Australian family law.

We asserted Ali’s position and explained why it needs to be dealt with in Australia to Nafessa but she did not agree and remained firm in her position that the matters need to be dealt with pursuant to Sharia law as the parties were married in an Islamic ceremony.  As the parties could not reach agreement on what is the most appropriate forum to decide this matter, we commenced proceedings in the Australian Federal Circuit Court for a property settlement.  The first step of these proceedings was to have a threshold hearing to decide which jurisdiction is most appropriate to decide this issue.

In deciding whether the Australian Courts have jurisdiction the Court applied the test of whether or not Australia is a clearly inappropriate forum. In doing so, the Court considered the following factors:

Having considered these factors, the Court decided that it had jurisdiction to deal with matter. The Judge remarked that the onus was more on Nafessa to satisfy the Court that Australia was a clearly inappropriate forum for the determination of this matter.  Nafessa argued that the Sharia law system is the most appropriate forum in circumstances where both parties are Muslim, married in an Islamic ceremony and therefore it is only appropriate that their separation should also be dealt with pursuant to Sharia law that is based on principles set out in the Koran. The Judge held that the focus of the arguments should be on the inappropriateness of the Australian jurisdiction rather than the appropriateness of the Sharia law system. The Judge disagreed with Nafessa’s argument and said that emphasis therefore needs to be placed on how the continuation of proceedings in Australia should be regarded as inappropriate.

The Judge agreed with our submissions that Australia is not clearly an inappropriate forum and that the Court had jurisdiction to decide this matter on the basis that at least one party was domiciled in Australia and the parties owned properties in Australia.

Once this Judgement was received, the Judge made procedural directions so that the substantive matter can be progressed to a final hearing.  At this stage, we advised Ali to propose engaging in mediation so that it can be resolved amicably, quickly and cost effectively. Ali agreed with our advice and we subsequently proposed this to Nafessa. Nafessa agreed. As a result, the parties participated in mediation and were able to resolve the matter amicably.

If you are experiencing similar issues to either Ali or Nafessa and want advice on what is the most appropriate jurisdiction for your case is, please contact Sarah Bevan Family Lawyers for further advice on your case. We have International Property Settlement Lawyers who are experts in Family Law 1300 007 235