I am not married to my partner, can I still apply for property orders?

With the legalisation of same-sex marriage via the Marriage Amendment (Definition and Religious Freedoms) Act 2017 (Cth) in December 2017, more Australians are now able to get married.  But this does not mean that more Australians are actually getting married, be they in same-sex or opposite-sex relationships. Many people choose not to get married but still need to divide their property and finances when they separate.

In 2008, the Family Law Act 1975 (Cth) was amended so the Family Court and the Federal Circuit Court, can alter the property interests of people in de facto relationships as well as married couples. A de facto relationship is defined in section 4AA of the Family Law Act as a relationship in which the people in the relationship are not married, are not related by family and live together on a genuine domestic basis. This definition encompasses both same-sex and opposite-sex couples. If it can be demonstrated that the couple is a de facto couple within the definition of section 4AA, the Court can make orders dividing their property and finances. 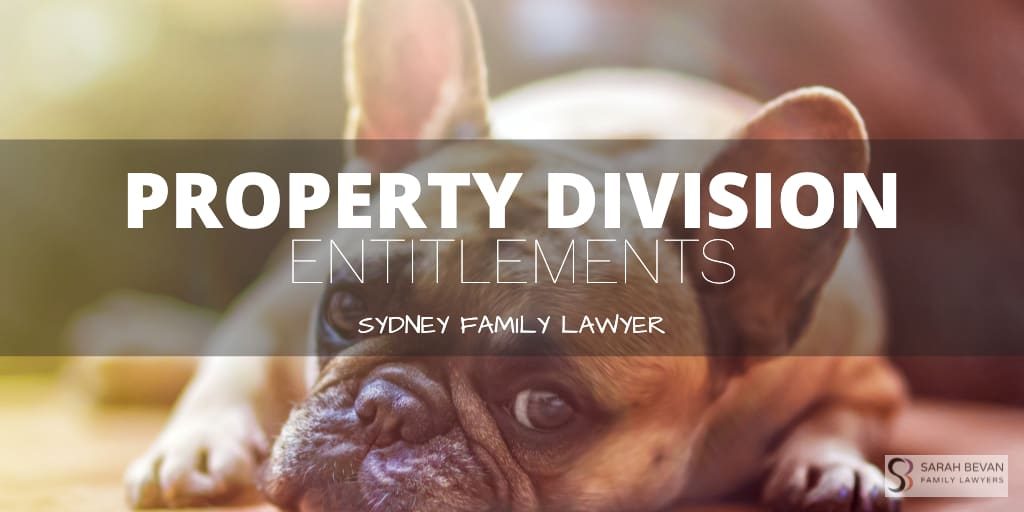 People in de facto relationships have two years from the date they separate to apply to the Court to divide their property. Property applications can still be filed outside this time but applicants must demonstrate that they, or a child of their relationship would face hardship should the application not be allowed to proceed, and that they have a real chance of obtaining the orders they seek.

*   What assets and debts both parties have;

*   The future needs of each party, taking into consideration matters including each party’s age, health, care of any children and other factors;

*   Whether it is overall just and equitable to make orders.

Dividing property after the end of a de facto relationship can be difficult to manage even if both parties are amicable and in agreement. If you have any questions or a looking for advice on dividing property after separation please contact us at Sarah Bevan Family Lawyers to arrange an appointment. 02 9633 1088